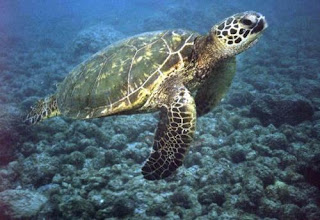 When my sister saw the name of my blog she told me that she and a friend take day trips and often encounter turtles crossing the road. They always stop and carry them to the other side, their limbs swimming frantically through the air, mouths opening and closing as if to complain, whoa, slow down, this is waaay too fast. Set down on tierra firma, they scramble off without so much as a backward glance. But Sher and Bonnie just laugh; they’re on a Good Samaritan high.
Which reminded me of a time years ago. An old boyfriend and I were on the River Road and we encountered a turtle making his way across the hot pavement. We stopped, and I assumed he was going to help the turtle cross. Instead he ran down to the river with it. Now I admit that had I been that turtle I would have preferred to slip into the river and let cool water fill my shell, but maybe he had a friend to meet or thought that on top of that steep hill the breeze would funnel through his shell while he admired the view and chomped on the grass. (Is there anything better than a shell? Protection from heat, cold, hungry wildlife, and scary giant hands reaching down for you).
But I digress. My point is - if you’re helping someone cross the road, think about which direction they’re headed.
Posted by Unknown