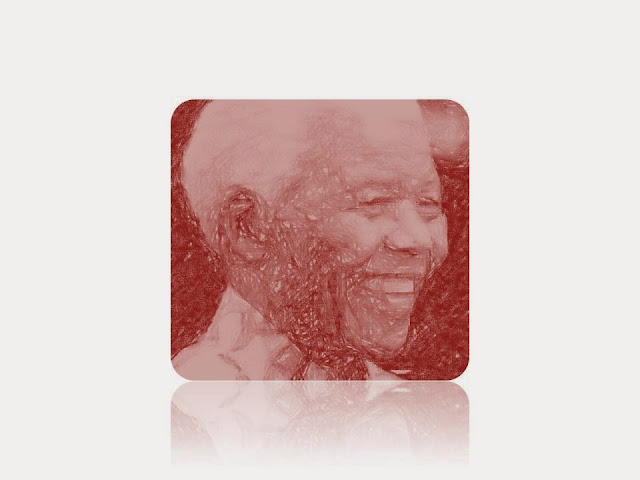 I don’t know when we’ll see a heroic spirit like Mandela’s again. I’ll always remember him as a tall, straight, elderly man with kind eyes and a broad smile. The physical description fits the man inside.

He had the ramrod posture of a warrior, which he was, but reluctant warrior who took up violence after one too many massacres of his people, and later renounced it. I like that about him – that he admitted he was wrong, that he had the courage to change and that he became a warrior of peace.

I loved his eyes. They were half-hidden in an Asiatic fold that concealed the hurts and insults he’d suffered. But the light in them revealed the depth of a man who saw the darkest part of us and still managed to find the good. “No one is born hating another ... People must learn to hate, and if they can learn to hate, they can be taught to love, for love comes more naturally to the human heart than its opposite.”

That faith must be what enabled him to smile so broadly. In that smile, I saw hope. If a man who spent 27 years unjustly imprisoned, whose spirit was forged behind iron bars and when finally released, carried the fragility of a new nation in his hands, could still give us a genuine smile, there is hope for us all.

Mandela earned his white hair and wrinkles through hardship and struggle. I like that about him too. Because even though my life is so much easier than his was, I still struggle. Knowing that someone else has gone through much worse and still made it through, points me in the right direction.

The world loved and followed Mandela because we knew he was a great man and to love him was to, in some small way, participate in his greatness. Recently, I finished writing a novel in which Mandela inspires one of the characters. I wanted to explore what makes us good. Even though I still have no firm answer, I think that part of the answer is our connection to each other. The larger the connection, the bigger the heart. Mandela was connected to the world.

In South Africa, they don’t say that Mandiba died or that he passed away. They say he transitioned. I like to think that when he transitioned, some of his spirit stayed here with us, spirit that he’d planted in our hearts. It’s up to us to keep it nourished and alive.