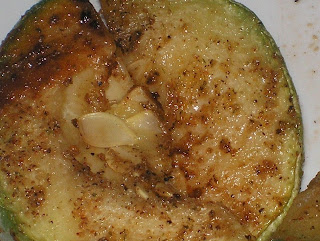 If you live out in the country, you expect that sooner or later it will happen to you. Around late August, early September you get nervous and start locking your doors. Every neighbor with a garden attempts to sneak into your house and fill the fridge with zucchini.
Last Monday we forgot to lock up. When we arrived home there was a paper sack on the kitchen table. My husband and I looked at each other. “You open,” I told him.
“Are you chicken?” he challenged me.
“Wimp,” I said as I bravely strode over and picked up the sack. Out rolled three monstrous spaghetti squash. The culprits left no note but confessed two days later by email. Too late, we couldn’t return the squash as we had already grilled and consumed it. Our neighbor declared that next time she would leave a note saying, you’ve been squashed.
Which started me thinking about the word ‘squash’.
It means not only a vegetable, but also to crush, squeeze, press flat, put down or silence. How on earth did such an abundant, friendly vegetable end up associated with a vicious verb? I think squash gets a bad rap because it’s common. What is common we fail to appreciate and think nothing of rudely squashing.
Look at the dandelion, a beautiful bright yellow that grows just about anywhere, even breaks through concrete. And it’s edible, dandelions aid digestion, are an antiviral, treat jaundice, cirrhosis, high blood pressure, gout, eczema and acne. The greens are high in vitamin A, C, calcium and potassium. The root contains inulin, which lowers blood sugar in diabetics. All for 25 calories a cup. And still we call it a weed, not a miracle. It’s not even considered a wildflower like the columbine, but then that plant is more rare, limited by where it can grow.
But I digress. Squash is also an excellent source of vitamin A, C, potassium, fiber, manganese, folate, omega-3 fatty acids, thiamin, copper, vitamin B5, vitamin B6, niacin and copper. So eat up. Then go out in search of more common vegetables, and fruits, and animals, and, and, and... In fact, let’s take a day, count all the ordinary things we encounter and try to envision our world without them. What would it be like? Would it be squashed?
Posted by Unknown